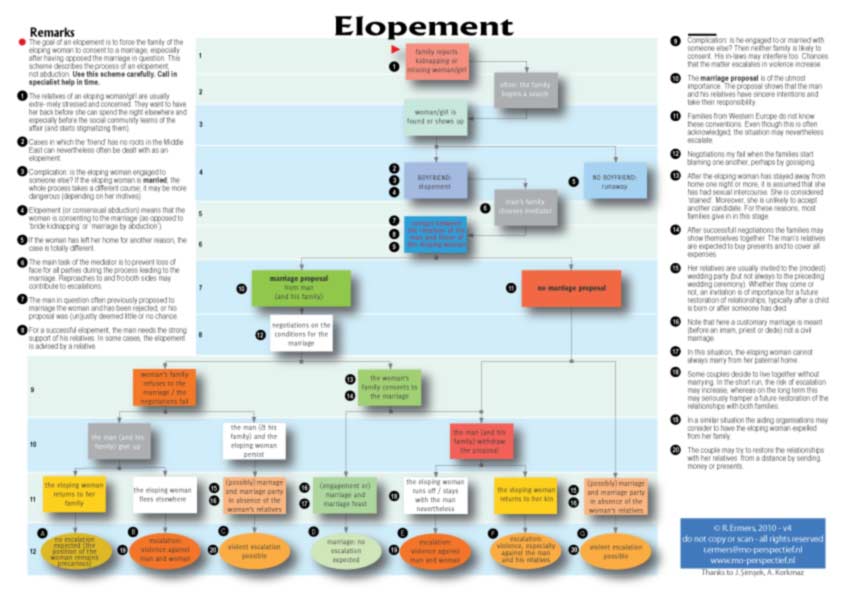 Following this chart it becomes clear which stages an elopement takes and in which situations things can get out of hand.